Kayak is a Greek ice cream company since 1993.

They decided to renew their Greek Frozen Yogurt series to be more appealing, emphasising on their greek origin as it’s their USP against competition, while in the meantime keeping the existing look and feel of the packaging.

Using the existing circle which was symbolising the flavour, we transformed it into an illustration with vivid colors, making it more playful and bold while keeping the whole artwork minimal and simple. 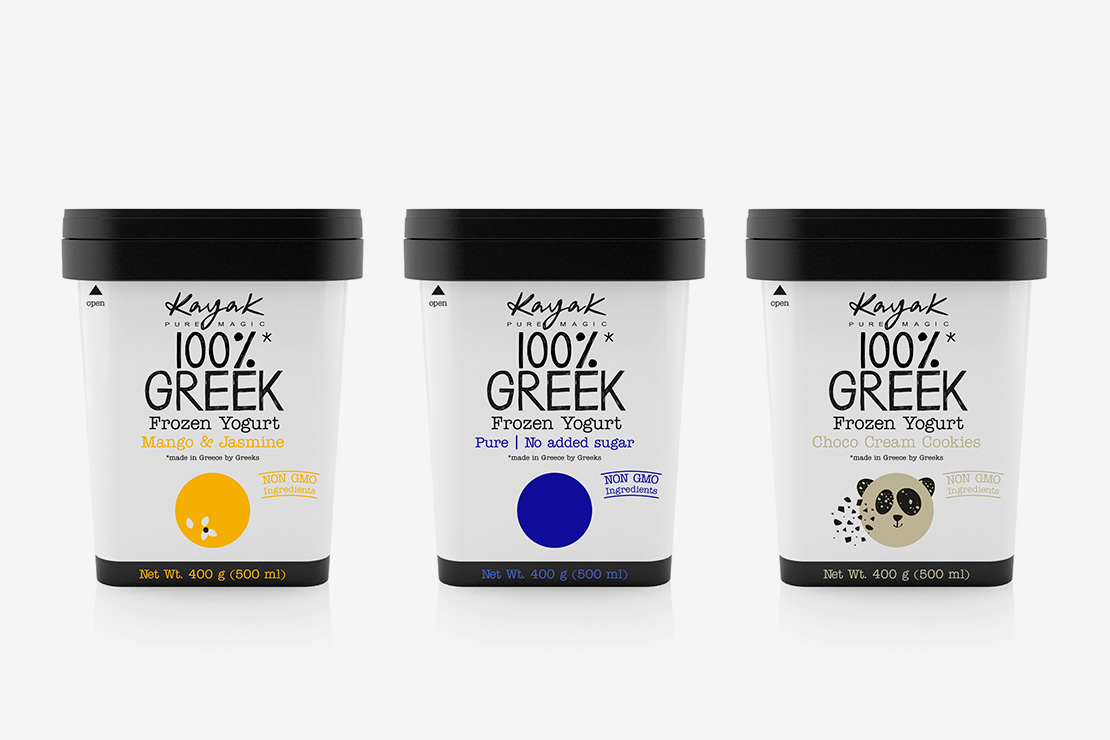 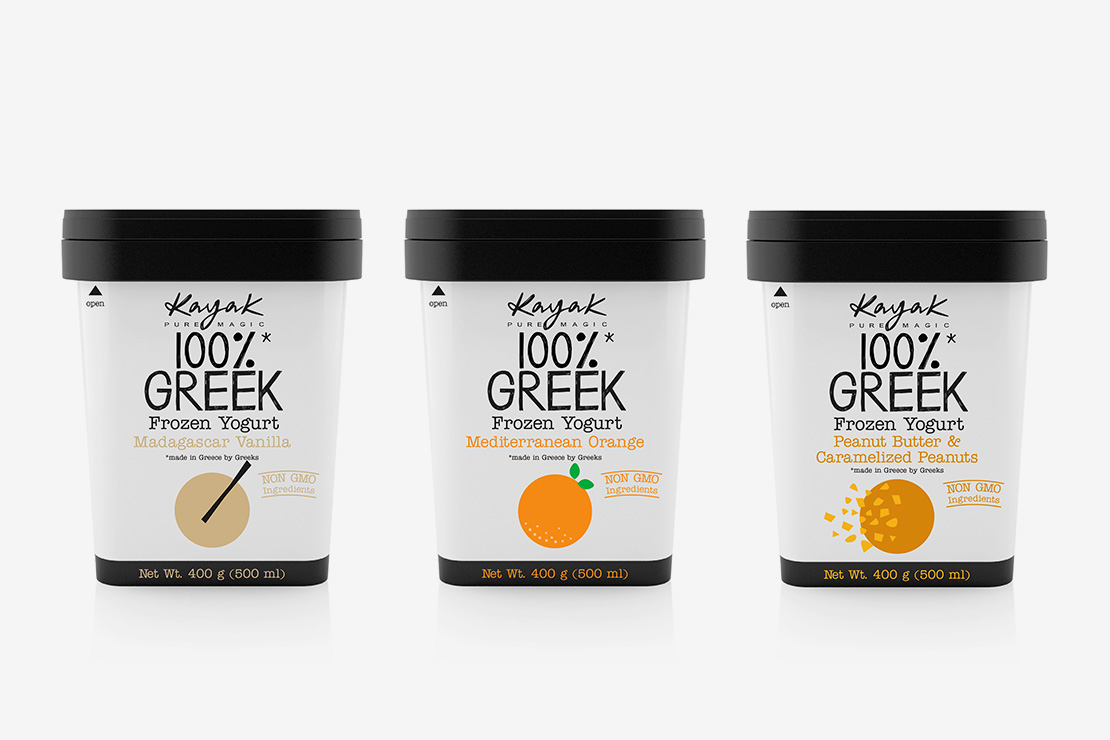