A calendar dedicated to Greek patents and landmarks of the Greek reality. What’s the relation between scientist Konstantinos Daskalakis and the traditional bean soup? A greek mother and the solophone, a machine that broadcasts only one radio station? The fabulous sunset in Santorini and the periptero (kiosk)? Green screen (a filming technique) and the Greek cheese pie with chocolate milk? The obvious. They are all ”made in Greece” and form part of our unique Greek reality. After a long research and some serious thinking, we illustrated 12 themes that best capture Greece from a different point of view, ours. 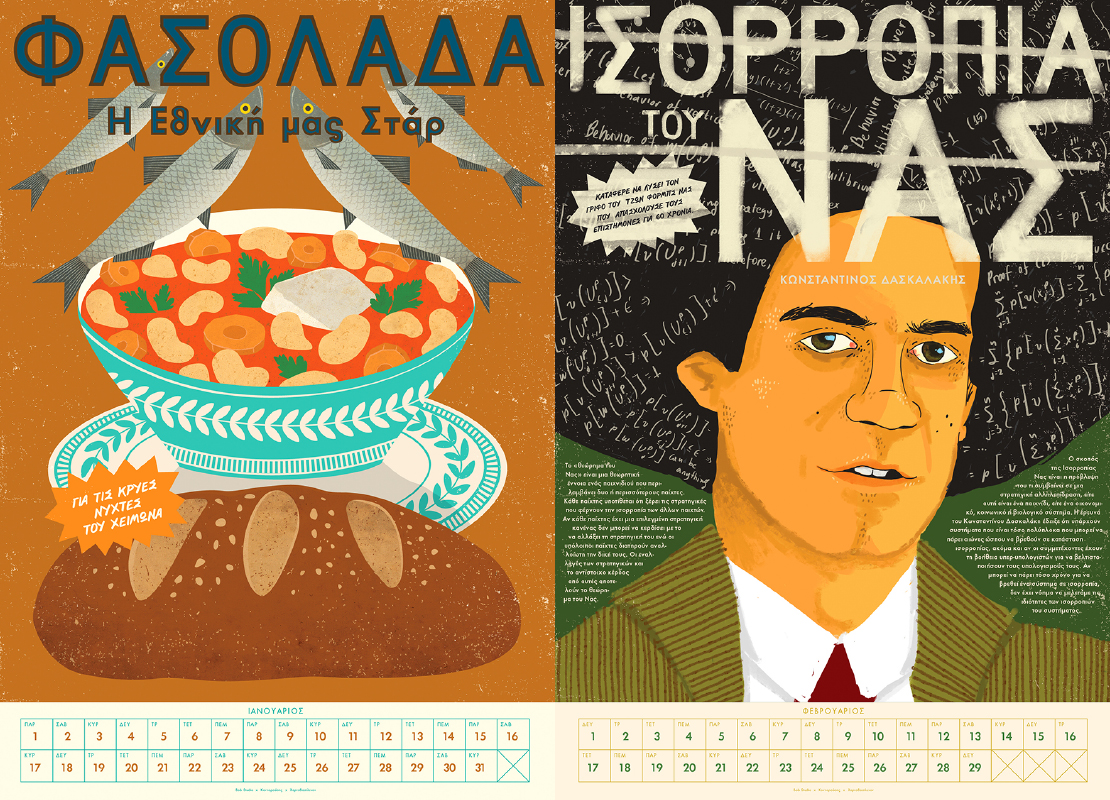 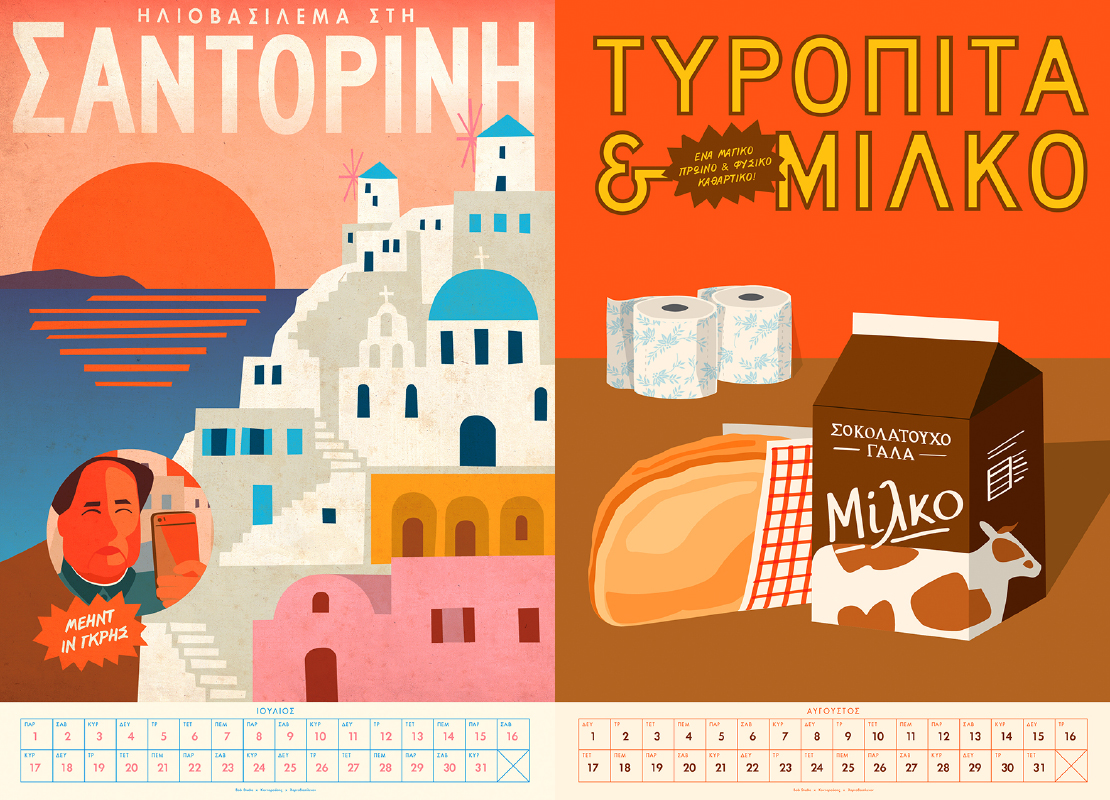 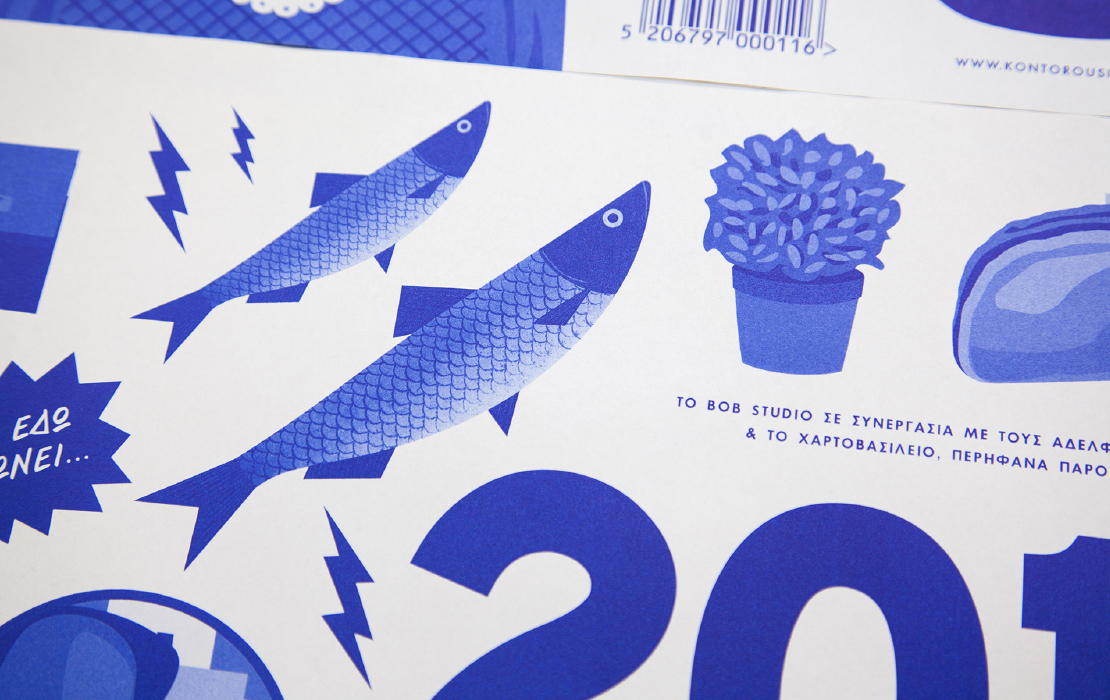